The 3 myths about creativity in business

Creativity is vital in business; far too important to be left to a special cadre of ‘creative people’. Charles Andrew outlines three myths about creativity in business that impede success and three key steps to overcome it 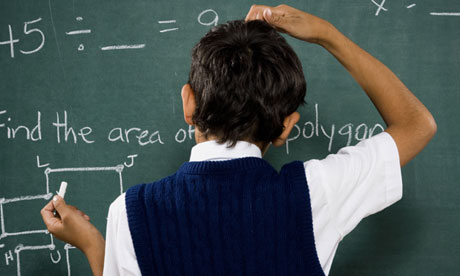 Is it possible to be both analytical and creative? Photograph: RubberBall / Alamy/Alamy

A business whose only ambition is to continue doing tomorrow what they did yesterday, will wither as both its competitors and customers change around it. The central role of creativity in business survival was recognised in an IBM survey of more than 1,500 chief executive officers from 60 countries. They reported that – more than rigour, management discipline, or even vision – successfully navigating an increasing complex world will require creativity. But despite the focus on creativity and the proliferation of good advice, the solution still seems to be illusive. Maybe this is because there are three underlying cultural beliefs about what creativity really is, who has it, and how it can be managed (or not) that are acting as unseen barriers.

Neuroscience is giving us ever deeper insight into the mysterious processes of the human brain. It is revealing that new ideas often emerge from the juxtaposing of existing information in the parts of the brain that we associate with more ‘rational’ processing and analytical thought. Understanding this, we can elevate the pursuit of creativity to a discipline that mirrors this neural process; systematically assembling, analysing, and challenging data about today in order to develop new possibilities for tomorrow.

Campbell’s, the American food giant, has done exactly this; bringing rigour and process to the creative development of new product ideas, and not just to their subsequent evaluation – as often happens elsewhere.

This often follows from the first myth. If the modes of thought are so different, then maybe the people having those thoughts must be different too. So if businesses need more creativity, it is a problem to be solved either through recruitment or external consultants. Either way, this perpetuates the division between ‘creativity’ and the core disciplines of business. And as we learn from organisational psychology, this cultural separation means that creativity, where it occurs, will remain largely peripheral and low impact.

By contrast, smart companies such as Procter & Gamble and GSK are especially strong at integrating scientists (often seen only as strong rational thinkers) into the early stages of innovation where capabilities in consumer empathy and imaginative thinking are equally vital.

Myth 3. Creativity is about making great leaps of imagination

The myth of the creative genius suddenly arriving at great ideas in a puff of brilliant inspiration continues to do much harm because it prevents us from recognising what is really necessary in the creative process; the on-going, painstaking, development of fresh perspectives and the nurturing of initially small ideas in order to gradually create something significantly innovative.

The problem with our observation of change is that we tend to see only the end result and we don’t see the process that led to it. Beethoven, for instance, would gradually develop a whole symphony based on taking a short melody which he would then adapt and restate. This process of continually building on, and nurturing, an initial (small) idea is more realistic and systematically effective.